Thrills is a gaming site that was launched in 2013 and about five years later converted to a Pay N Play casino. Its diverse gaming library was built with the help of NetEnt, Microgaming, NYX, Play ‘n GO, Pragmatic Play, Yggdrasil, Evolution Gaming and several other popular developers.

Thrill boasts a number of unique features including the Freebies Vault, the Bonus-O-Meter and Lightning League. The team has made online gaming as simple as can be by implementing Trustly’s Pay N Play.

​Thrills Casino is beautifully designed and excels on all fronts. 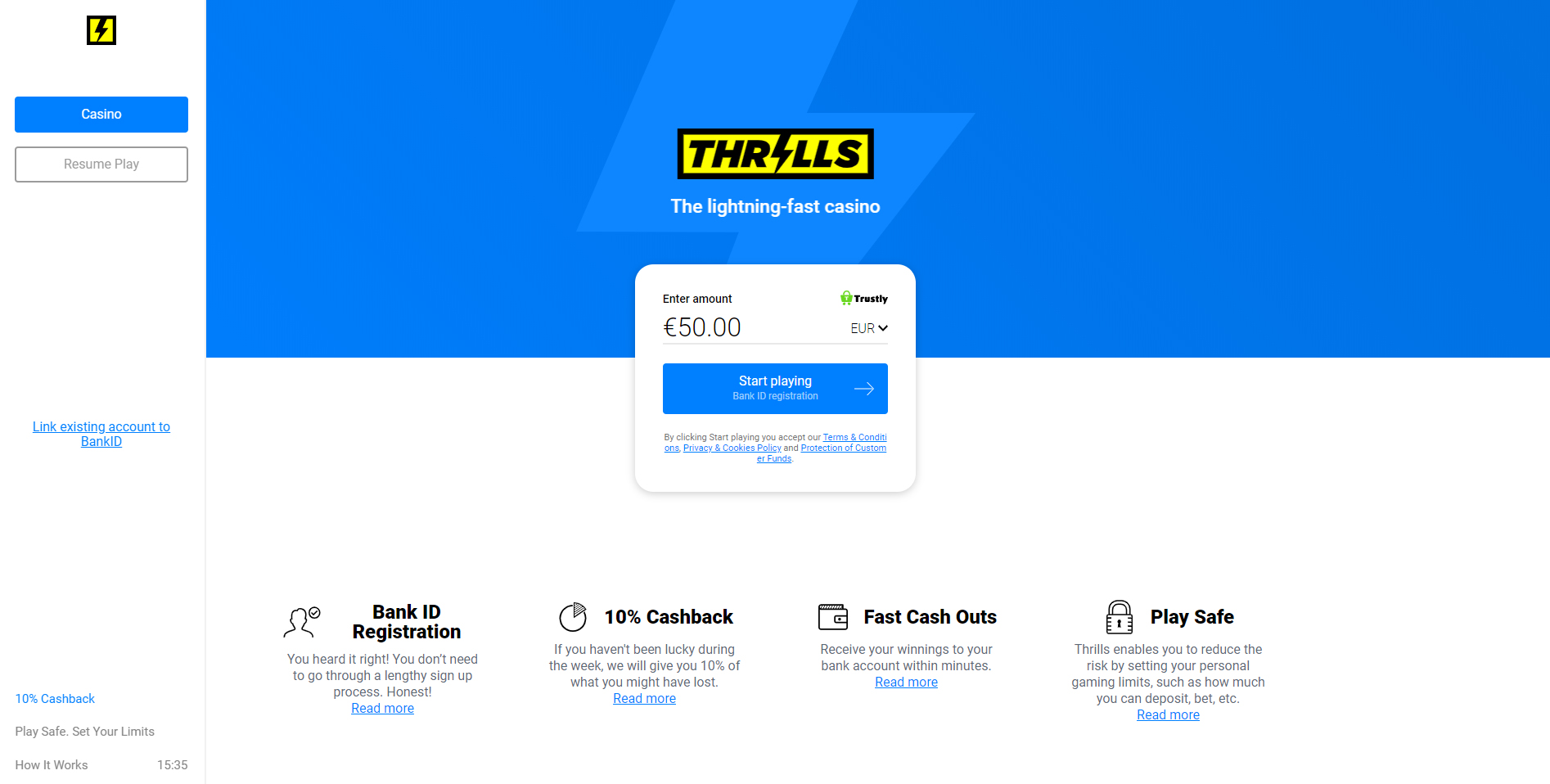 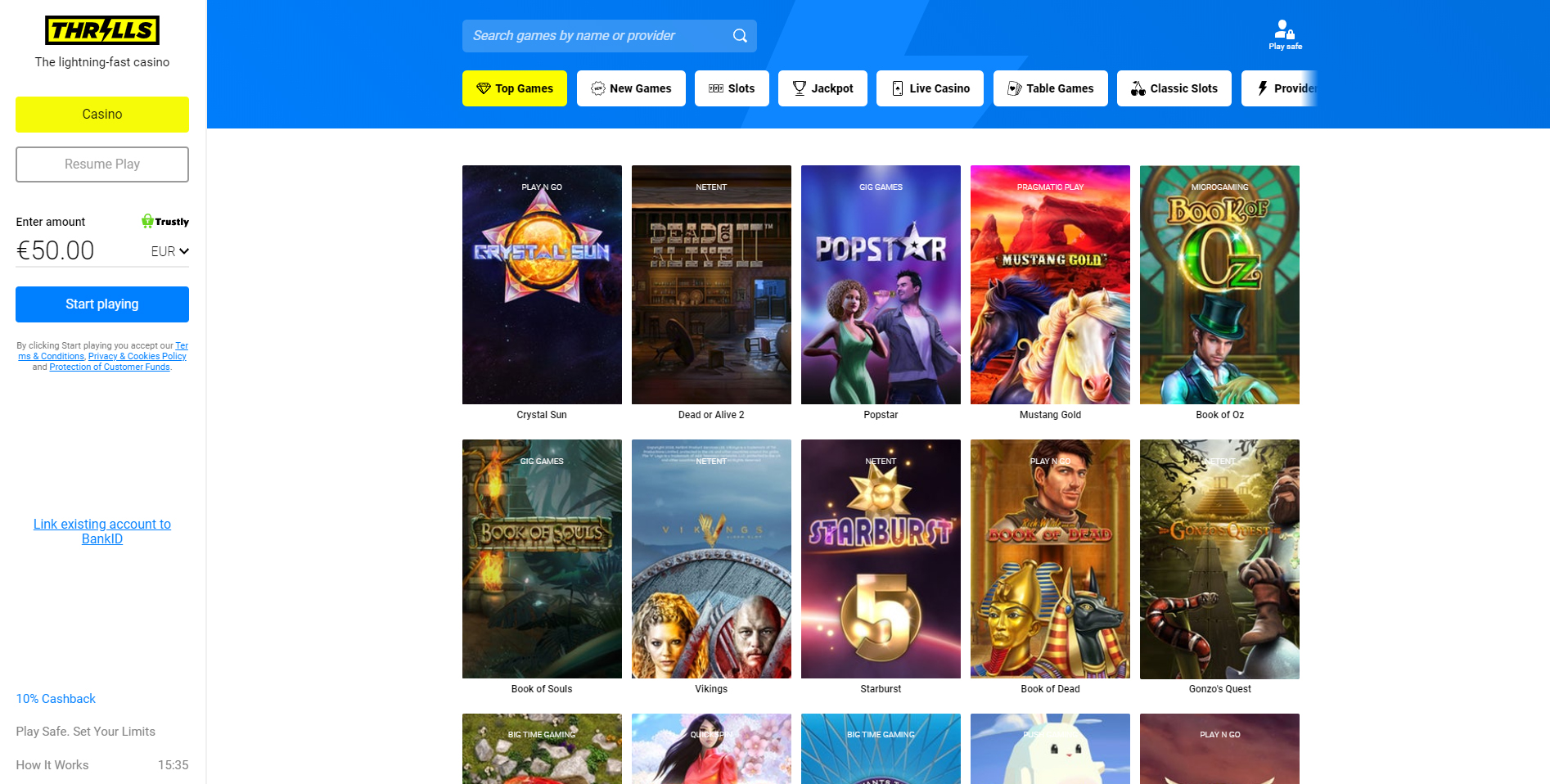 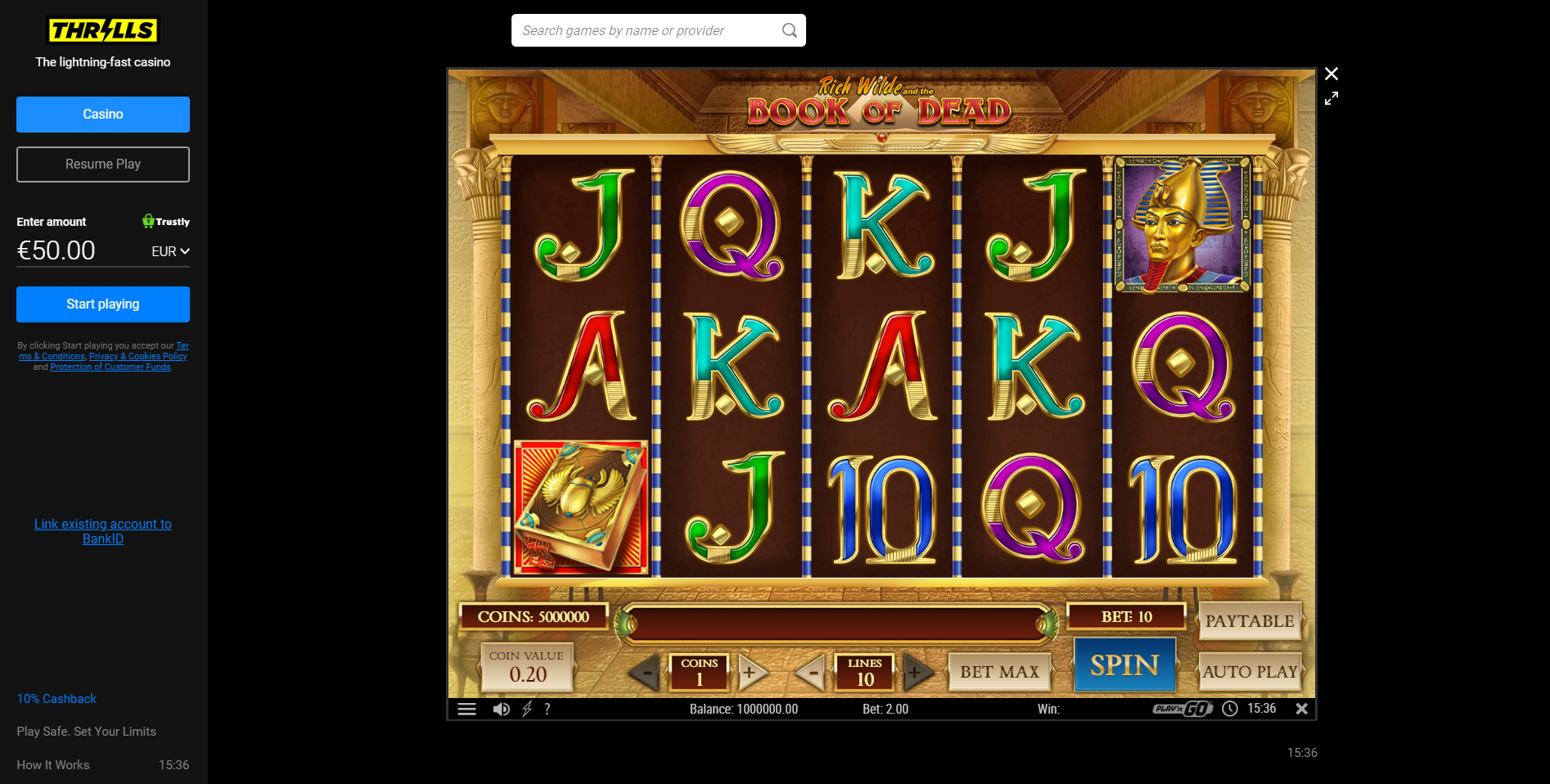