There will be lack of annoying calls, mails or texts continuously prompting players to visit and play. Trustly makes the “no fuss” concept possible with its innovative registration and payment solution called Pay N Play.

Players will consequently find it super-easy to become members. They start betting real money on one or more of 1,500+ casino games. Thesegames come from Microgaming, NetEnt and a number of other leading providers. They’ll be able to do so with a complete peace of mind thanks to Hero Gaming.

That is the same operator that manages highly rated Casino Heroes. They have licenses issued by the MGA and the Swedish Gambling Authority. The website has a valid security certificate issued by COMODO. Their games are independently audited for fairness, and eCOGRA appointed as an Alternative Dispute Resolution service.

It’s literally impossible not to find something to your taste among 1,400 slots and 100+ other casino games. There are lots of wellknown providers. Such as NetEnt, Microgaming, NYX, Play ‘n GO, Quickspin, Yggdrasil, Barcrest. Also lots of other great providers like Big Time Gaming, Blueprint Gaming, WMS, Playson and many more.

Speedy casino ​meets all wishes and expectations. If you play at this casino you will never be bored.

All games are instantly accessible online. To play on the go, grab your iPhone, iPad or Android smartphone and open your browser to speedycasino.com. Users of iOS devices can alternatively download Speedy mobile app from the App Store.

Some of the games are available in Blitz mode as well as Normal mode. Blitz mode, a NetEnt product, offers a much faster gaming experience. Sometimes up to 6x faster than normal. They scrap animations and eliminate visuals of spinning reels. In this way they shorten the duration of each round. What you’ll see on the screen is the number of spins (which is set in advance along with the stake). Also you see a number of unlocked bonus rounds and your total win.

Bonanza, Mustang Gold and Who Wants To Be A Millionaire are some of Speedy’s favourites. Book Of Dead, Sticky Bandits and Moon Princess a few of the titles labelled as „popular“. The Sword & The Grail, Money Train and Encharmed are most recently launched games. Fans of popular evergreens will find the likes of Starburst, Dead Or Alive, Immortal Romance, Foxin’ Wins, and so on. Players that prefer classic slots can spin reels of Jackpot Jester 50,000, Cool Buck, Bar Bar Black Sheep. There are lots of other games reminiscent of the traditional one-armed bandits.

Speedy team didn’t forget to include progressive jackpot games. Mega Moolah has gone well beyond the €5 million mark but nobody is likely to frown on more modest €800,000+ jackpots. Arabian Nights, Pirates’ Plenty, Esqueleto Mariachi and more than a dozen other have  progressive jackpots in that league. 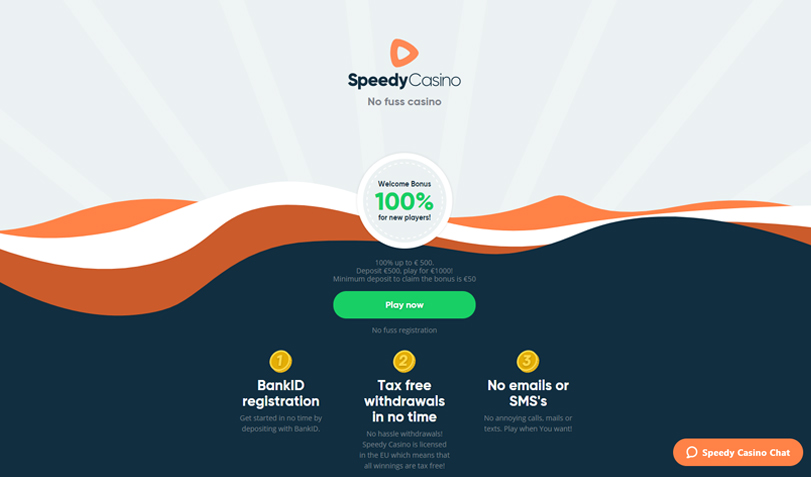 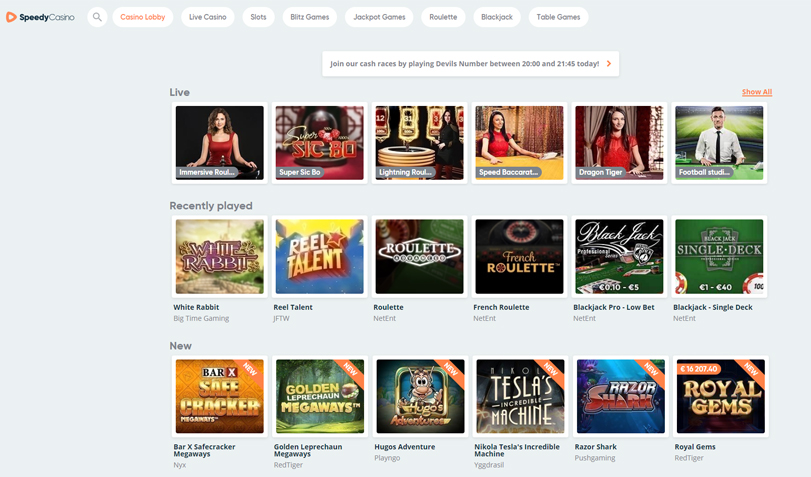 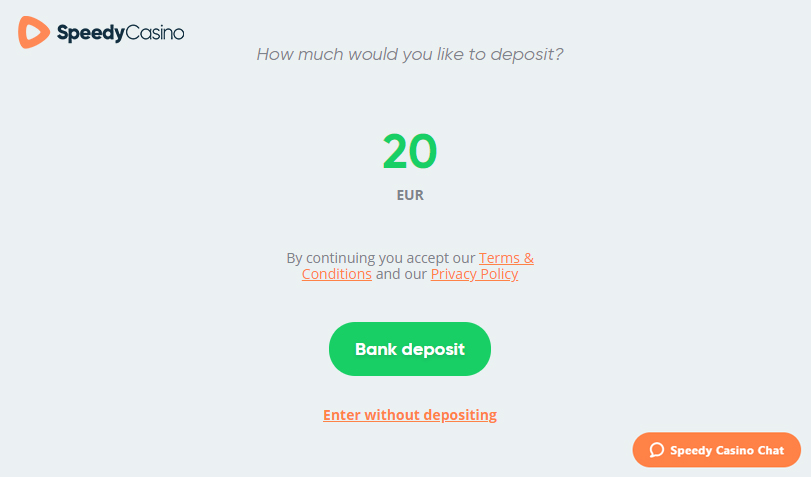 One can’t go wrong by choosing to populate Live Casino with games powered by Evolution Gaming and NetEnt. Though the latter offers only Live Roulette and Blackjack, all NetEnt products are superb in terms of execution. Als they generally come with high bet limits. Evolution makes the choice more diversified by providing multiple Live Baccarat variants (including Dragon Tiger). This is also the case by several Live Poker games, Super Sic Bo, Dream Catcher and Deal Or No Deal.

Lightning and Double Ball Roulette use creative mechanisms to enable payouts far bigger than standard roulette wagers. Free Bet Blackjack won’t make you pay to Double Down or Split (with a few exceptions). It also features the same unique side bets as the original Infinite Blackjack.

RNG roulette is available as American, European and French. Blackjack plays according to basic rules. But also with extras available in games such as Perfect Pairs, Double Exposure, Hi-Lo and Zappit. Section labelled „table games“ offers a good number of poker variants with different limits.

Speedy Casino gives new players a welcome bonus with a minimum deposit of €50. Players can benefit from 100% up to € 500.  The bonus conditions state that you must unlock 40x the bonus amount.

The bonus money is valid for 60 days before it expires. Make sure you unlock the bonus within this time

The provided FAQ lists answers a number of questions related to deposits and withdrawals ans mobile gaming. Furthermore it explains licenses and security, technical issues and responsible gaming. But it’s not as comprehensive as we’d like it to be. You can contact the operator’s support team via Live Chat manned from 9am to midnight or send an email.

All deposits go through Trustly, they’re instant and free. EUR is the only accepted currency and the minimum deposit limit is set at €10. The operator might have chosen this particular name owing to payout speed. Withdrawals are executed almost as fast as deposits.

More often than not, having asked the Casino to pay out the winnings, it will take them as little as 5 minutes. Players are able to withdraw as much as they like as Speedy doesn’t cap payouts.

Speedy Casino justifies its name in more ways than one. There’s really no faster way to start playing at a new online casino. Thanks to the registration process happening in the background while you make your first deposit. A 5-minute payout is not a claim many of the existing online casinos can make. And as we know, there are about million currently operating in the virtual world.

The gaming choice is huge and made unique by offering Blitz mode. That is something some players will love and others will hate. The reason is that it strips the game of elements many of us thoroughly enjoy. Despite the absence of any promotional offers whatsoever, Speedy will doubtlessly attract numerous fans of online casino games. Primarily those that already happen to be Trustly users.